We arrived after a long drive day, stopping overnight in Rochester, NY. Awaking to rain, we headed out early towards Niagara Falls. We pulled over in a severe thunderstorm, thankful to wait it out off the highway. We crossed Rainbow Bridge and went through customs.

The kids were nervous, as it was their first time using passports, but it went smoothly! The only probing questions were around firearms, since we were told, “we are from NC.”

We settled into the KOA, thankful we had driven such a long haul the day before, and were rewarded with an extra half day. The kids had fun swimming, and renting a motorcycle bike. 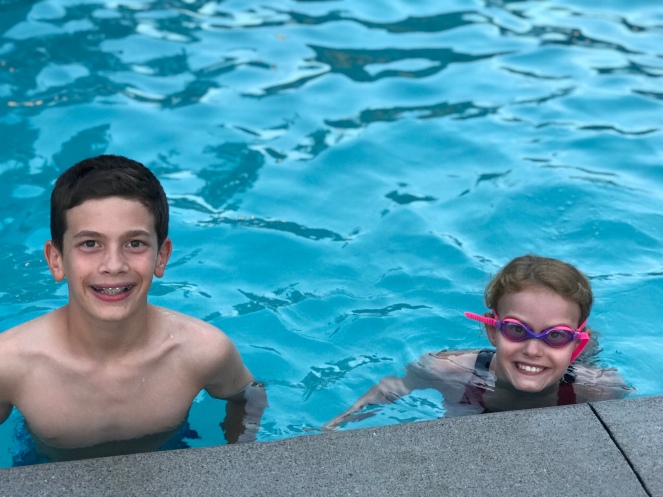 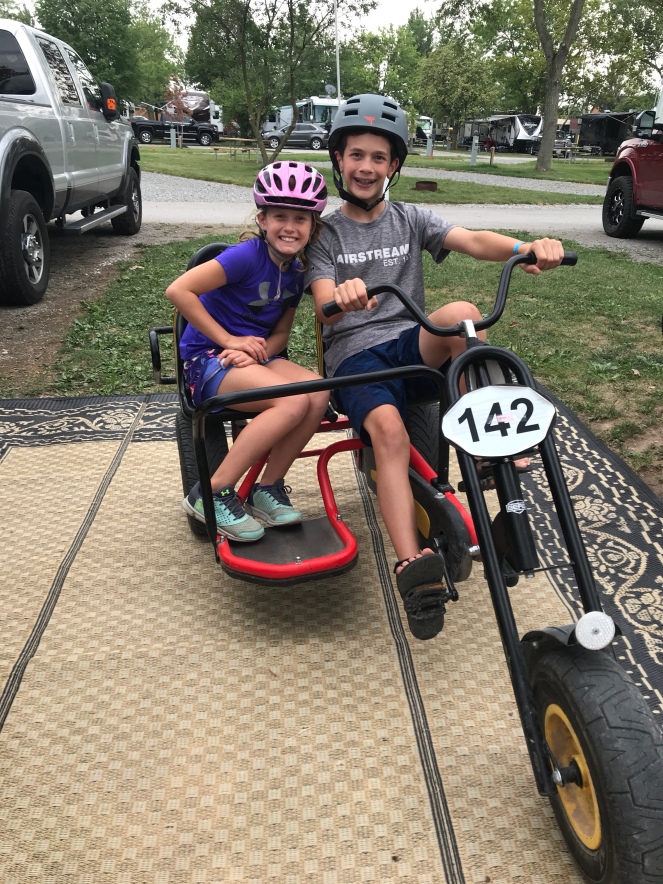 We purchased the Classic Niagara Falls passes which included bus passes, and visits to Behind the Falls, White Water Walk, HornBlower Cruise, and the Niagara Falls Fury. For three of the events, times are assigned, so we took advantage of a cloudy day with less tourists.

This 4-D movie experience explained the creation of the falls in a very real way, and was Piper’s favorite. It was a great place to start. For each water event, visitors are given biodegradable ponchos, which are then recycled.

This Cruise, also named Maid of the Midst on the American side, was amazing. We watched above in awe, before boarding the boat.

We were lucky, because there is often a 2-3 hour wait, but since it was rainy earlier in the day, we walked right on. We passed the two American Falls first, 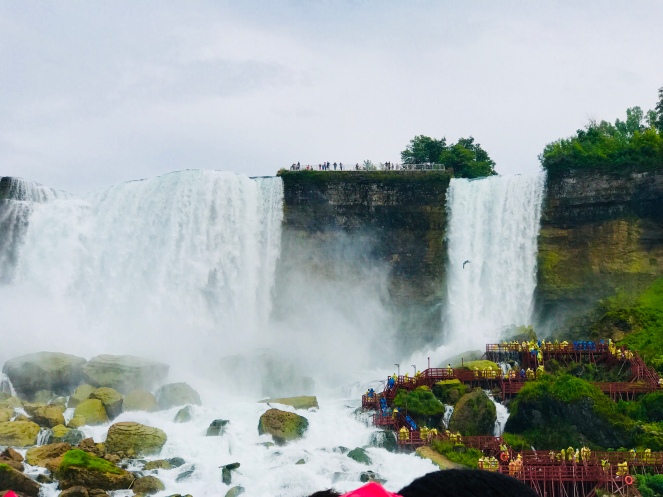 then headed straight towards the Canadian Falls, and were soaked. There is such a strong force behind the water. 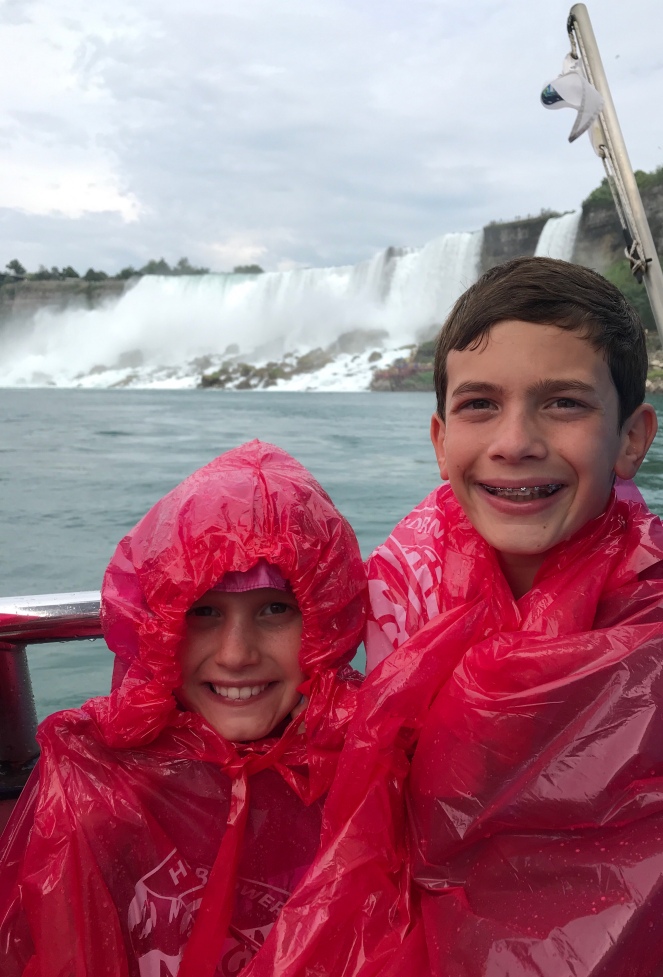 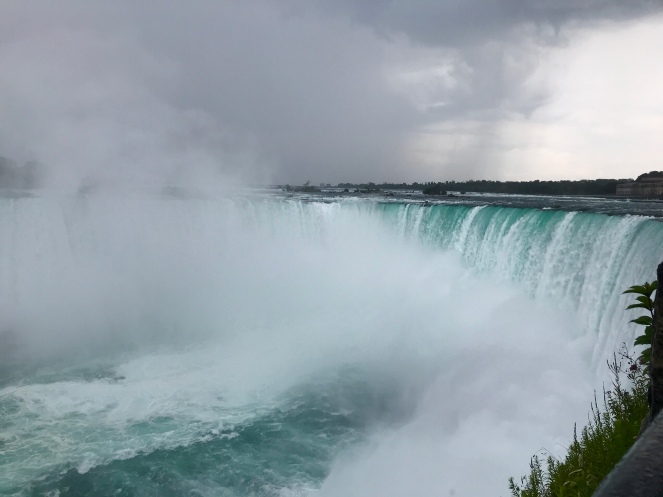 I would be remiss not include the picture below to document the full experience. (The falls are behind the poncho I tried to tame.) 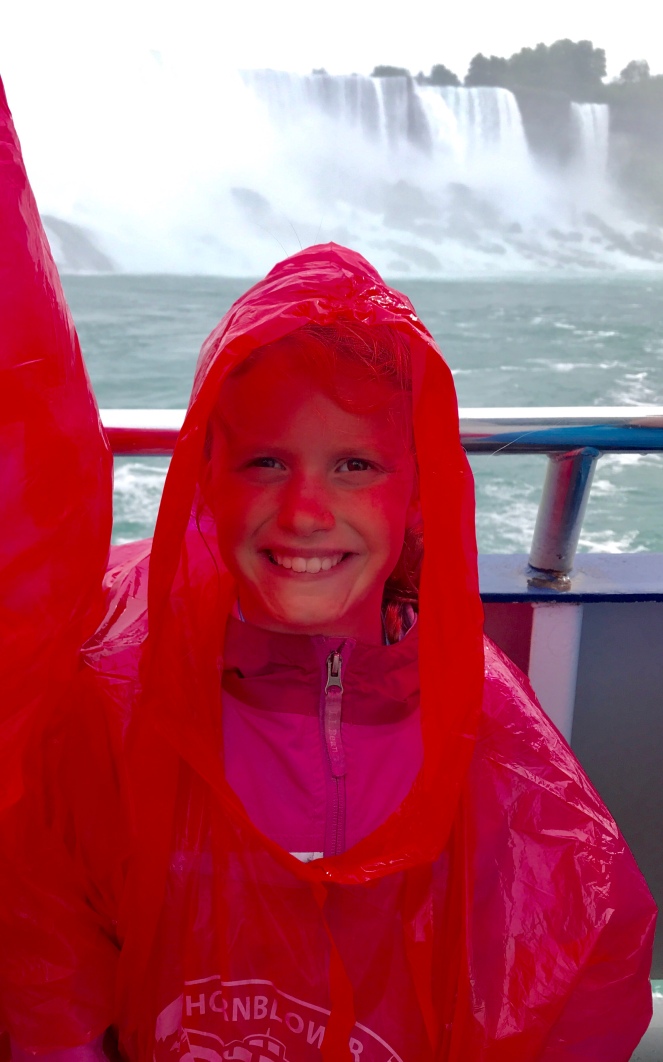 We didn’t know what to expect, when we were taken down by an elevator through to a tunnel. We walked out onto a platform, where we found some of the strongest, Class 6 rapids, in the world. 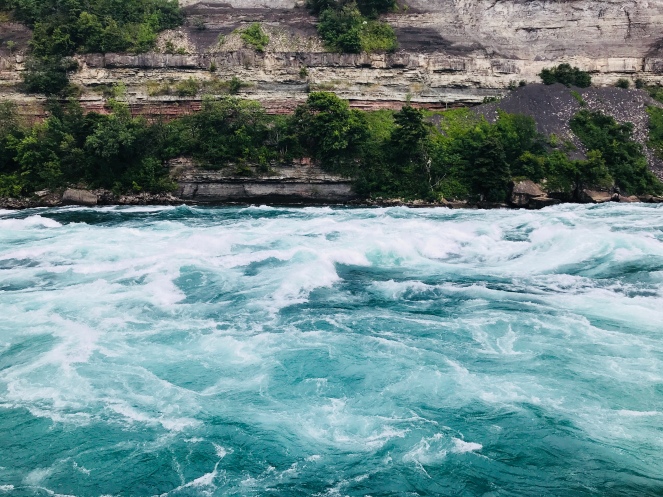 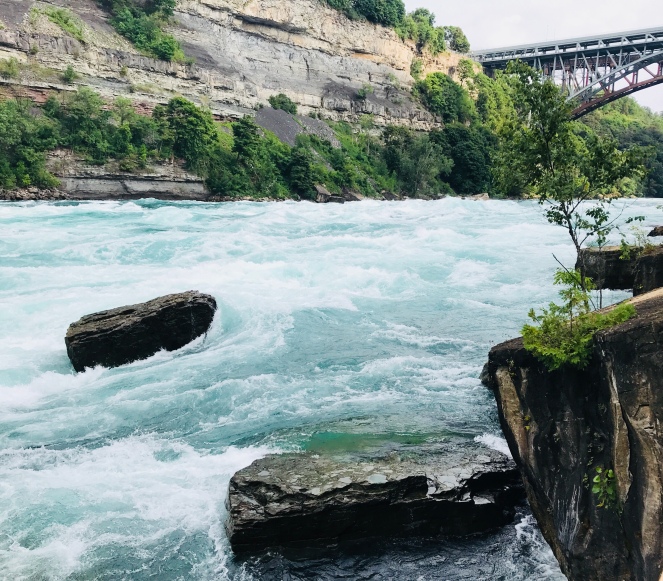 There are daredevils who have survived these rapids, and others who were stuck for hours, then rescued. There is a wooden walkway down the side of the rapids.

Our last stop was Behind the Falls. There is an elevator that takes visitors down to tunnels that lead to behind the falls, with history and overlooks along the way. 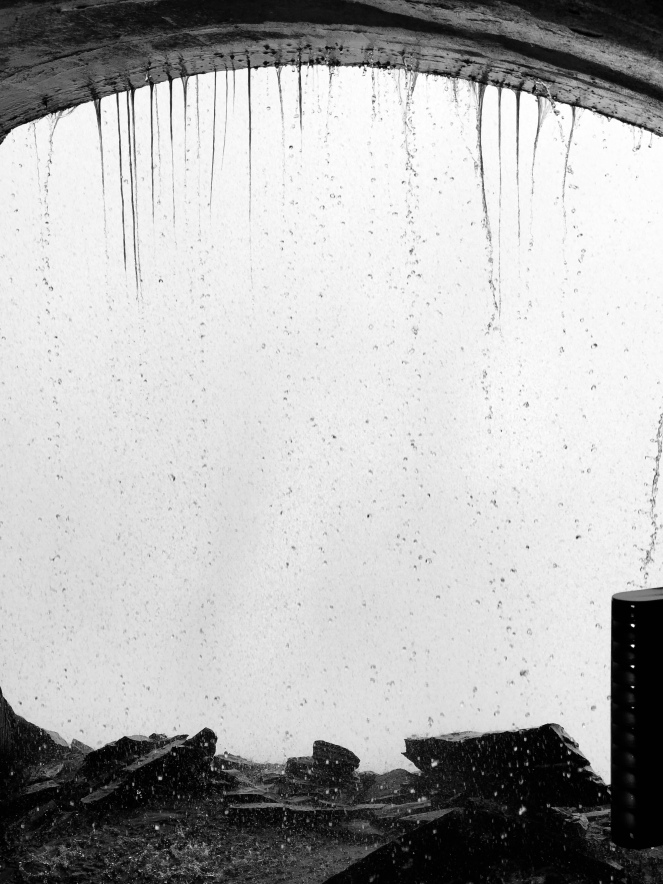 And, one location where you can almost touch the water, and see color reflections.

Niagara on the Lake (NOTL)

NOTL, as locals call it, is a quaint town outside of Niagara Falls. And, Brady’s teacher, Mrs. LeRoy, recommended we visit. Along the way, we saw the Floral Clock, with a design that changes annually, and pictures behind it showing designs since its construction in 1950.

We loved our afternoon in NOTL, which was an escape from the “Myrtle Beach, commercialization type-of-feel” of Niagara Falls. The flowers were beautiful, we picked apples off a tree for a snack, and purchased irresistible fudge.

There are beautiful houses, the Oldest golf course in North America, fun shops and yummy restaurants.

Our favorite was Piezza, a brick oven pizza place, where the owner brought his own oven from Napoli, and his pizzas contain fresh ingredients from there as well, including the water!

We had a great time in Niagara Falls. The kids loved seeing differences in Canada vs. at home, such as Canadian dollars, Km vs. miles, and different branding of items such as Coke, KitKat, etc.

It was a melting pot of different cultures. Brady was tickled to learn Elon Musk’s inspiration, Nikola Tesla, was credited for driving the innovation to power energy from Niagara Falls. 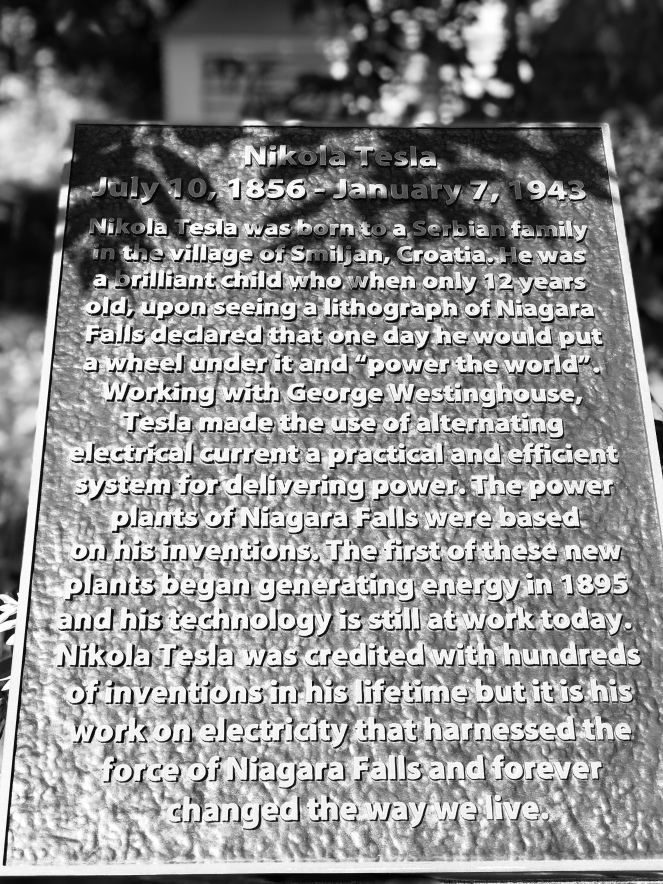 We learned so much during our brief visit, and are thankful for the memories we made together.

The drive was tough, but worth it!