So many theme songs were played along our journey to Memphis! “An Okey from Muskogee”(finally know it’s a real place), “Think I’m on a Roll Here in Little Rock” (thanks Collin Raye for the oldie, but goodie), “Maybe it was Memphis” (Pam!), and of course the trip would not be complete without Arrested Development’s “Tennessee.” We pumped them loud and sang, and at least two of us in the car were happy.

We planned to see two superstars, Hannah, our former babysitter and honorary family member, and Elvis. Hannah is living in Helena, Mississippi and on a two-year Teach for America assignment, and we were excited to have her meet us for dinner.  We are super proud of Hannah and seeing her made our day!  She is going to impact the lives of so many children. 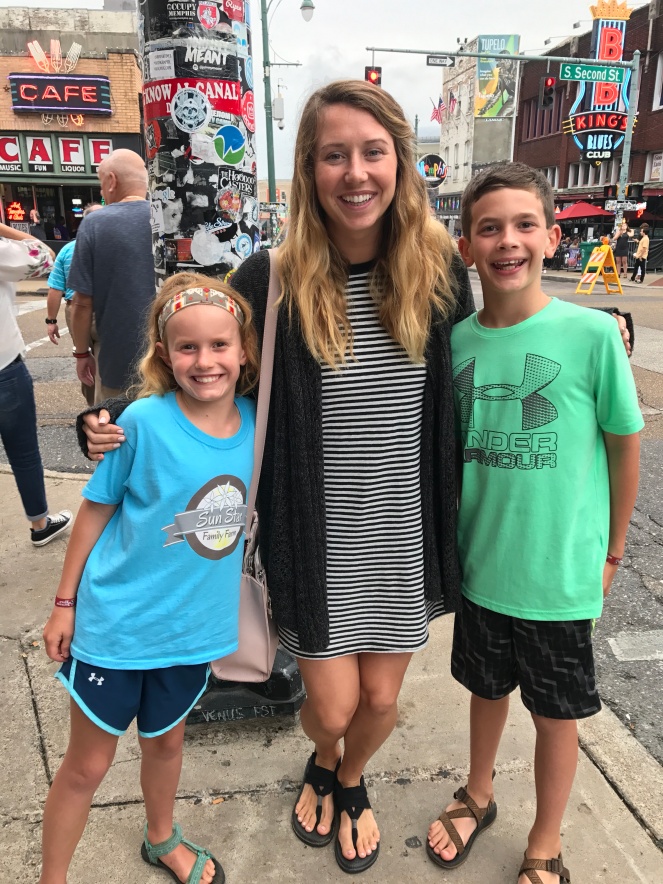 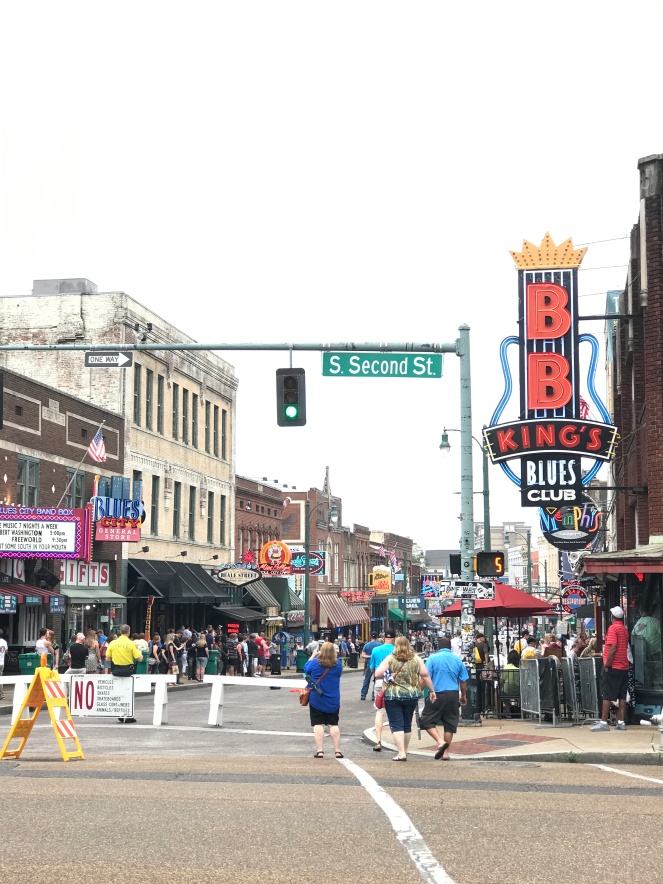 We explored downtown Memphis and stayed in Graceland’s campground. Who knew we perfectly timed our visit during Elvis week, and the 40th anniversary since his death. People were “all shook up.” The love for Elvis is still unbelievable. And we were tickled to catch a glimpse of him in the campground. We pondered how Elvis impersonators dress during the week!

We all loved Graceland, even Brady and Piper who weren’t familiar with his music. The tour was interactive and included interesting stories about the rooms and property. We had to try hard to keep Steven from breaking out a hip roll during the tour, so he didn’t embarrass the kids. 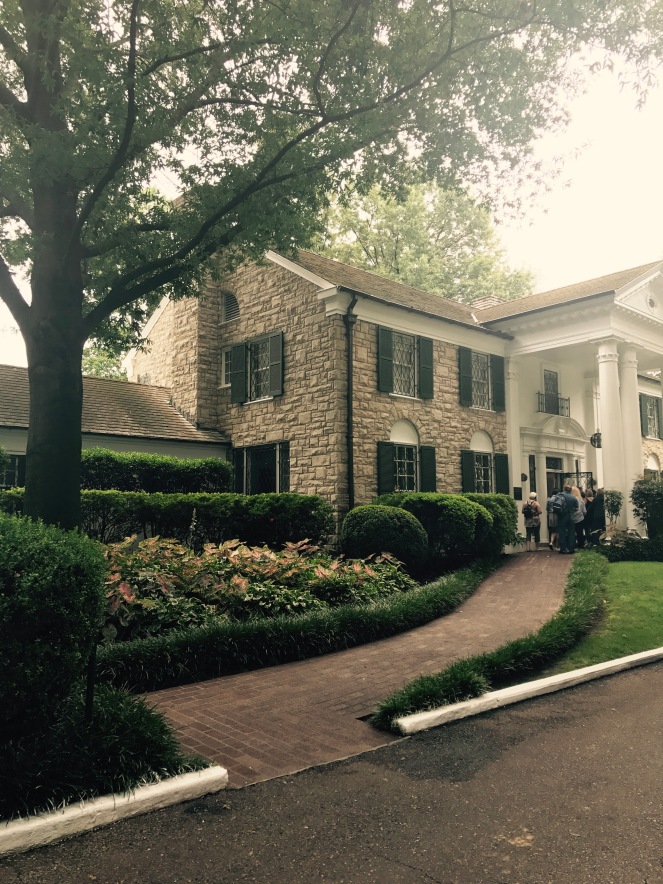 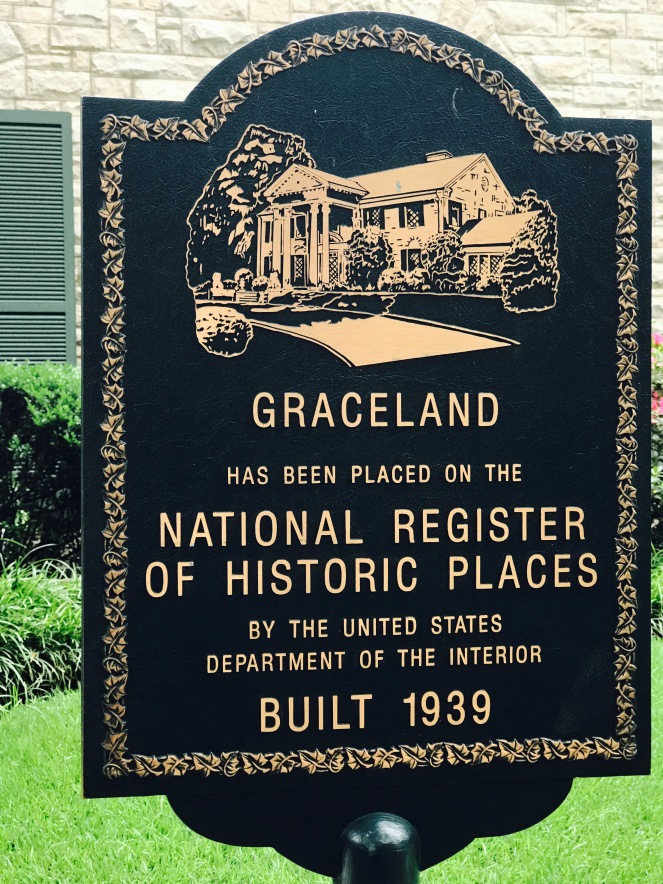 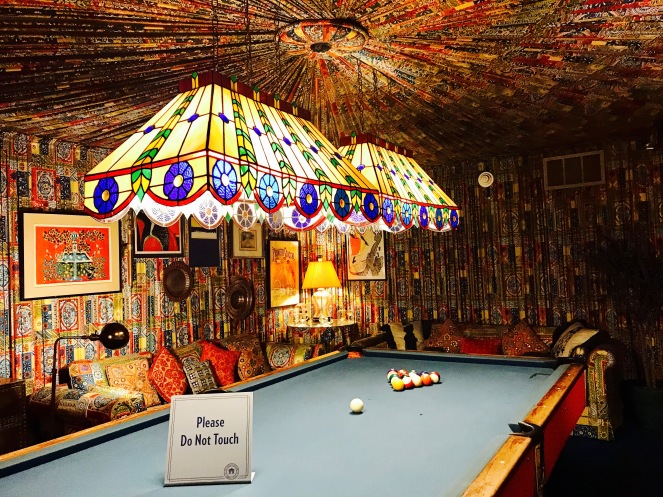 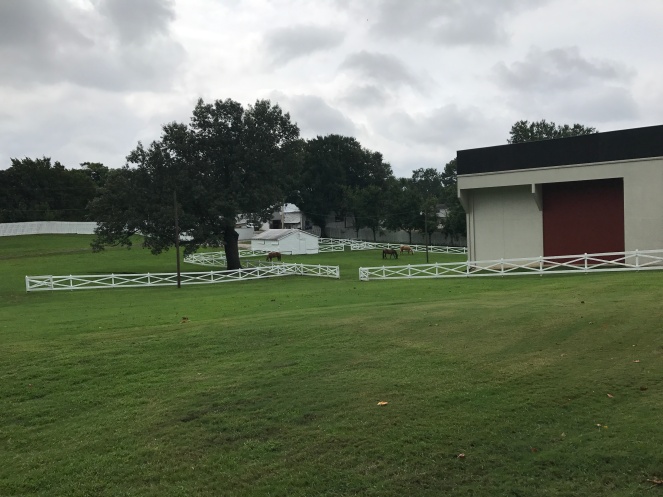 Then, we headed to Nashville, where we swam, rode big wheels, jumped on inflatables, and had a slumber party at Jellystone Campground. 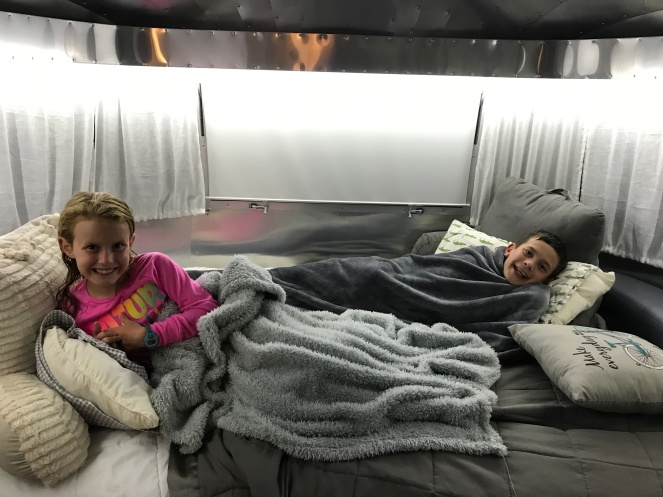 Downtown Nashville is so fun!

We started near Opryland at Cooter’s Garage, the Dukes of Hazard museum. It brought back so many memories and I think we created new fans.  We saw Daisy Duke’s jeep, Cooter’s tow truck, and the General Lee itself! 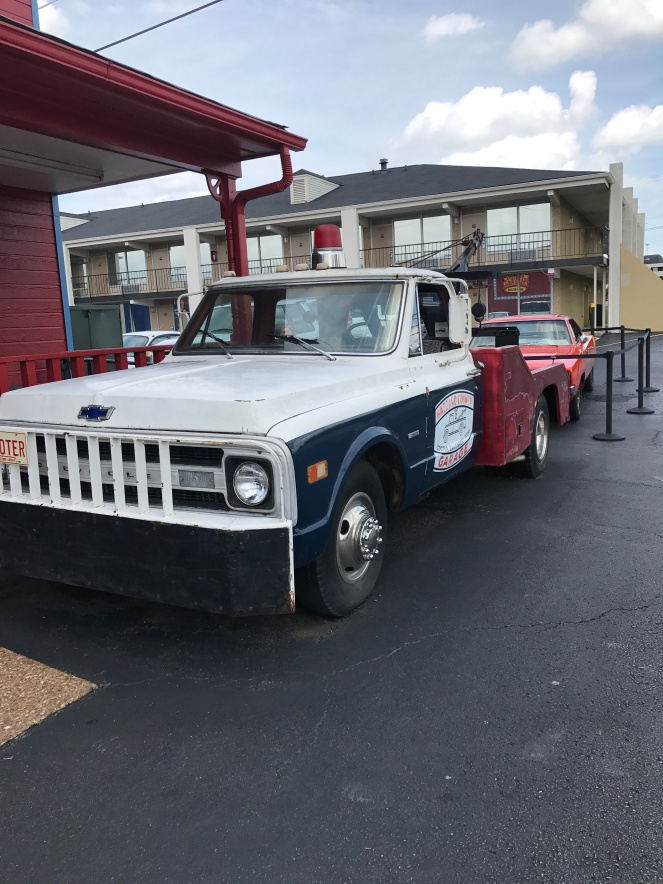 We took a downtown trolley tour and found stops such as the Parthenon, which is built to scale. There are also revitatization projects in the works due to the increase in folks moving to the city and wanting to live downtown.  Areas which housed Marathon cars, have now been turned into eclectic shops. 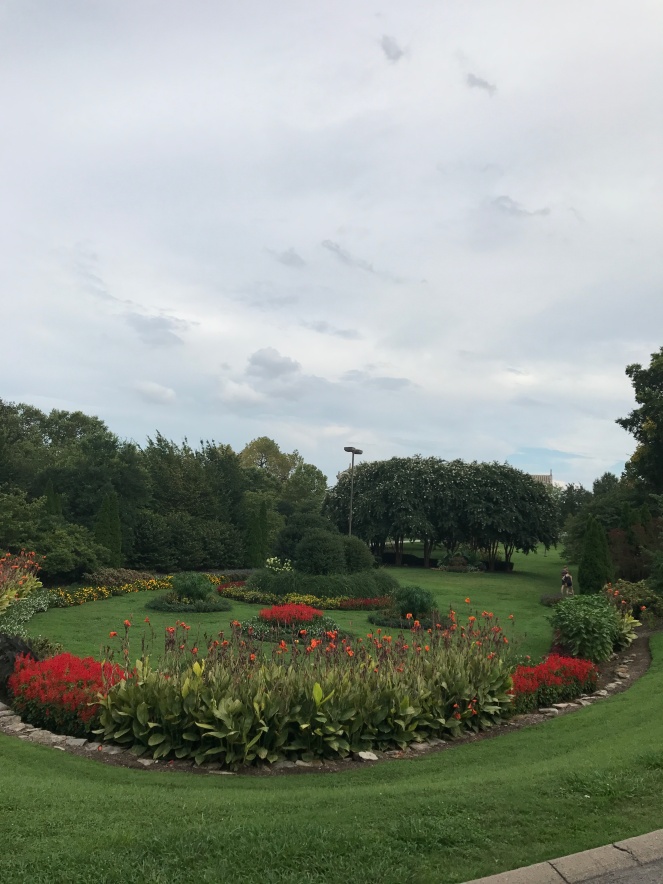 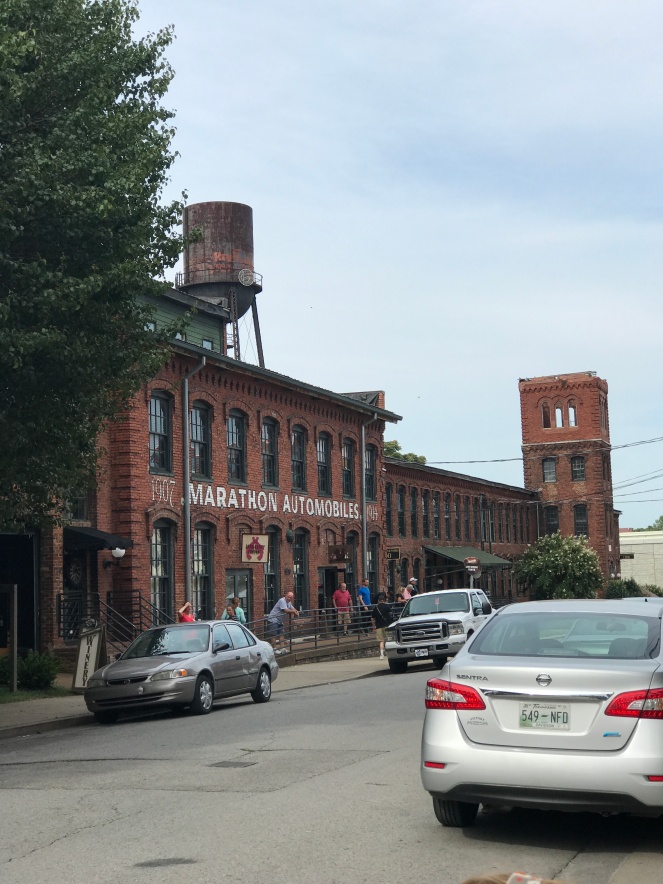 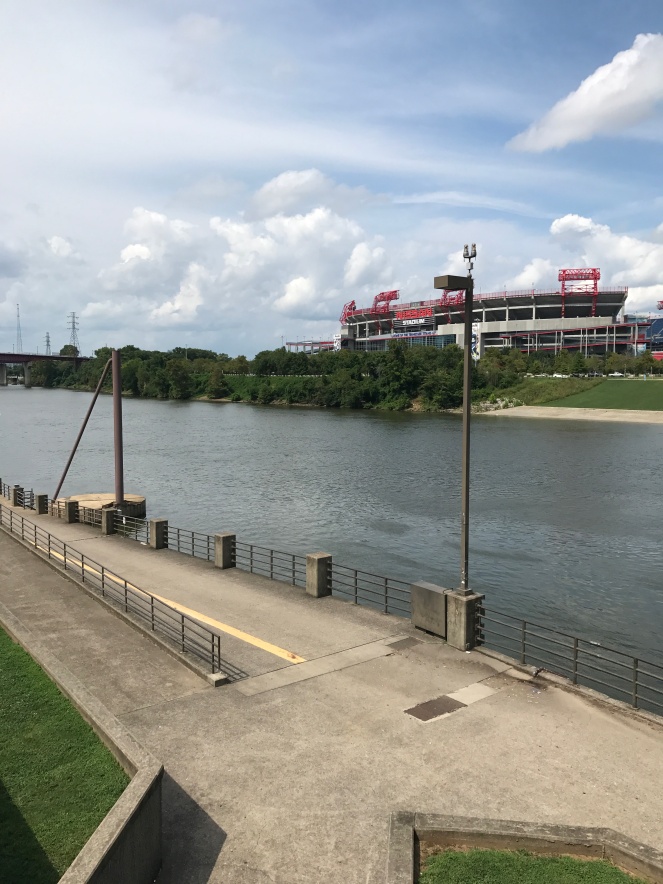 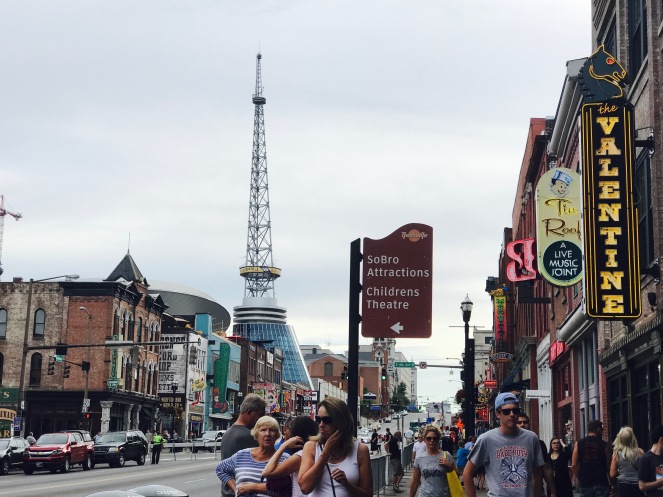 We will definitely come back and visit Nashville to explore more. We missed eating at Hattie B’s Hot Chicken, which sounds amazing, but did find a few chickens around town.

4 thoughts on “All Shook Up”