Along our journey from the North Rim of the GC to Albuquerque, we passed through several protected reservations, where the level of poverty was heart breaking. The views were gorgeous but it was clear that there were little resources, with many of the houses unfinished yet occupied, churches that couldn’t afford to expand with chairs set up outside, and stands with local crafts and belongings for sale.

We stopped at a Hopi cultural museum, where we learned about their heritage as farmers and land struggles with the Navajo. We saw their amazing crafts and ability to weave baskets and make jewelry, and we tasted a ceremonial corn “bread,” called pina, which is made from blue corn meal. It tasted like blue corn chips, but more delicate. Brady and Piper weren’t fans, but it was fun to try.

We continued on our journey, stopping in Gallup, NM which produces 95% of all Native American crafts. We passed through during an annual celebration, where tribes comes from all over America to celebrate their heritage in ceremonial dress and dancing. We weren’t able to stay for the parade, but had an awesome Mexican food, and met a doctor from West Jefferson, NC who serves on the reservations, before heading to Albuquerque.

Getting Our Kix on Route 66

We decided to take advantage of Route 66 adventures along the way to Amarillo to see a glimpse into the past.  We started the day in a southern diner in New Mexico! 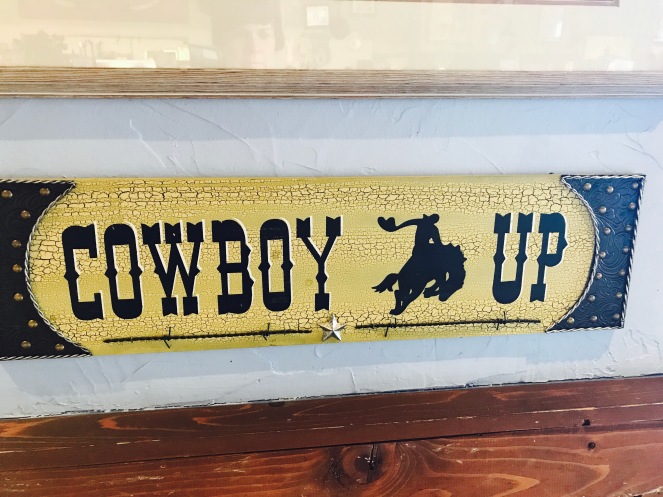 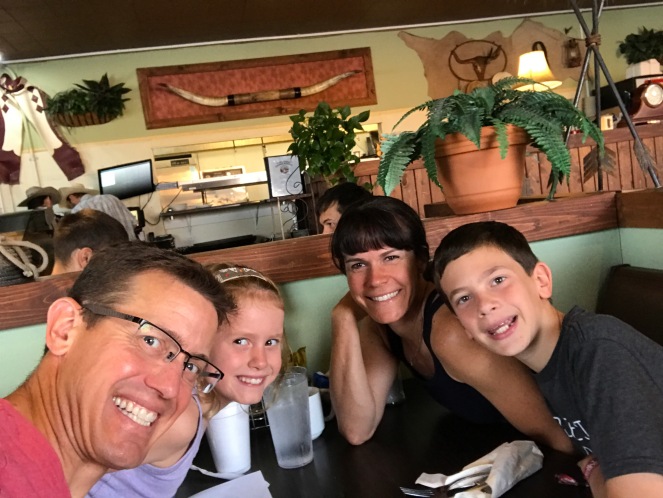 This town, along with so many others, grew aside Route 66, and then was decimated by the creation of I-40. Many are ghost towns now, seemingly deserted by their inhabitants and left in the era in which they were created. Tucumcari still has owners fighting to keep their history, leveraging it to promote businesses, such as the Blue Swallow Motel, and fun shops like Tee Pee Curios. We had a great time walking around, seeing all of the iconic gas stations and stopping for ice cream. 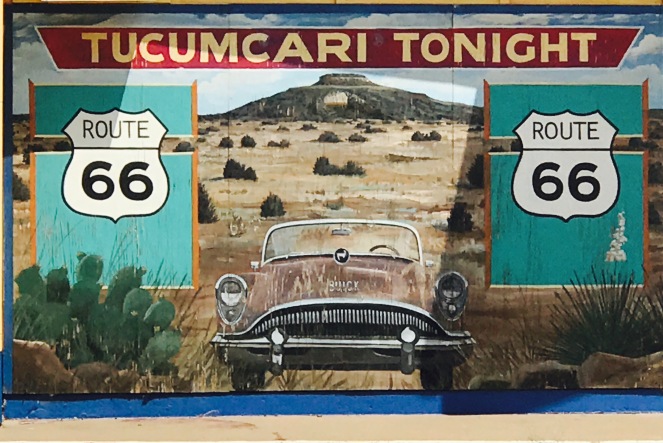 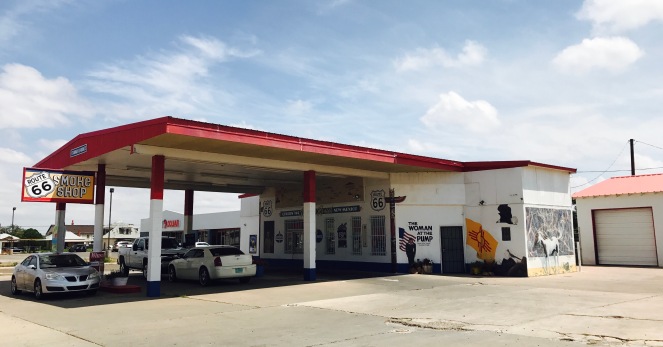 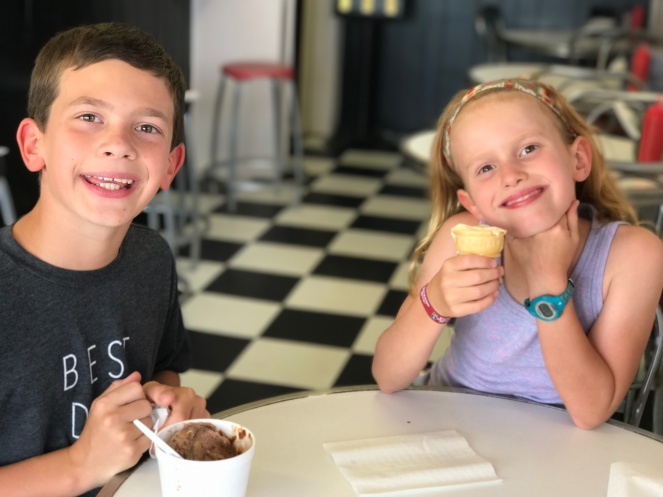 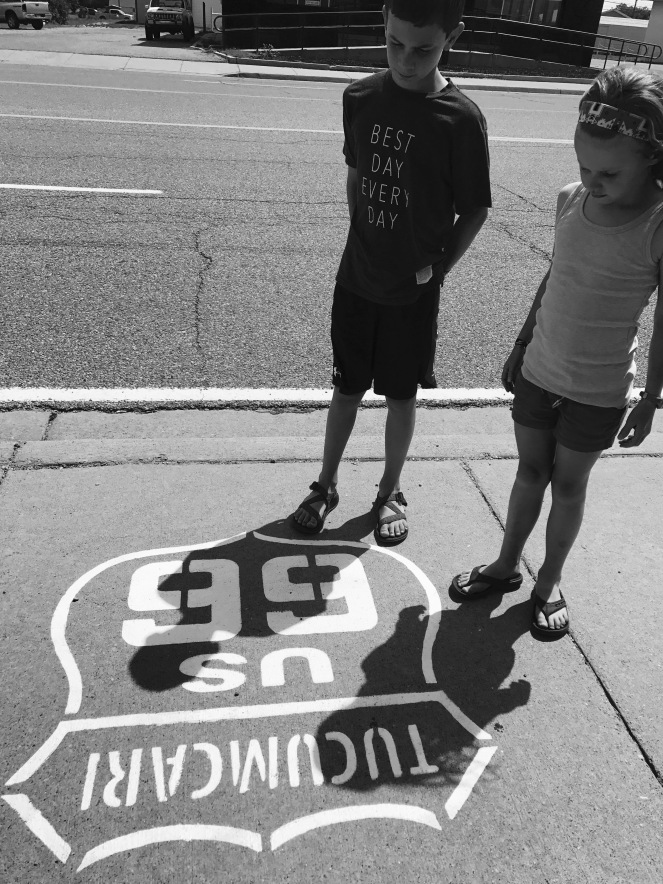 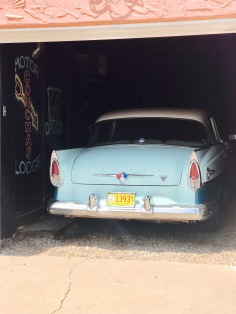 Amarillo by Morning…really evening, in our case.

Located in Amarillo, Cadillac Ranch was created in 1974 by a trio of sculptors, who called themselves Ant Farm, with the goal of creating a jaw dropping display to commemorate the evolution of automobiles…namely the Cadillac and its tail fins. Funded originally by a wealthy backer, these Cadillac’s have now been buried more years than they were driven.  Folks bring spray paint to leave their mark, and the iconic tail fins have long sense been vandalized. This was a really a fun stop! 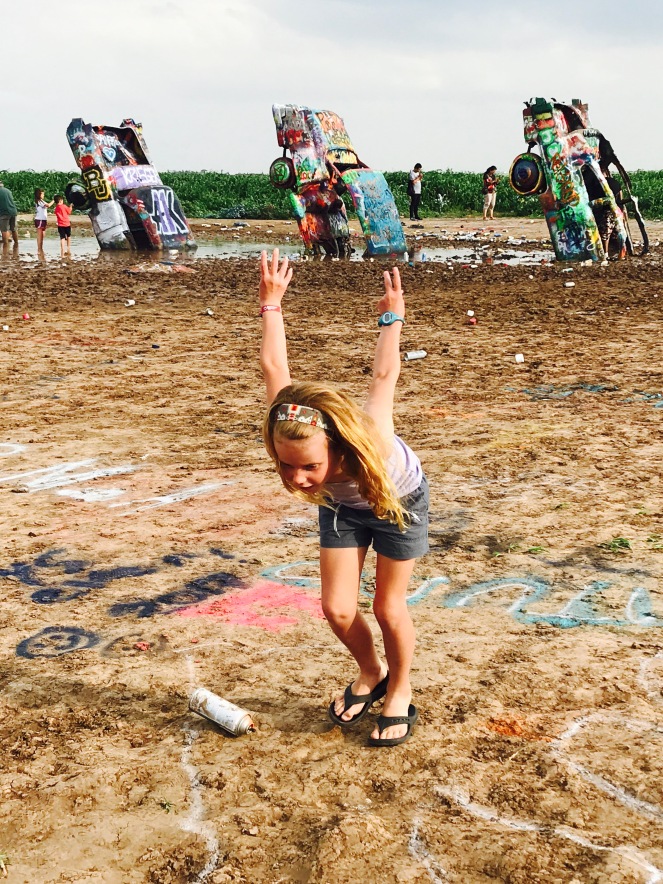 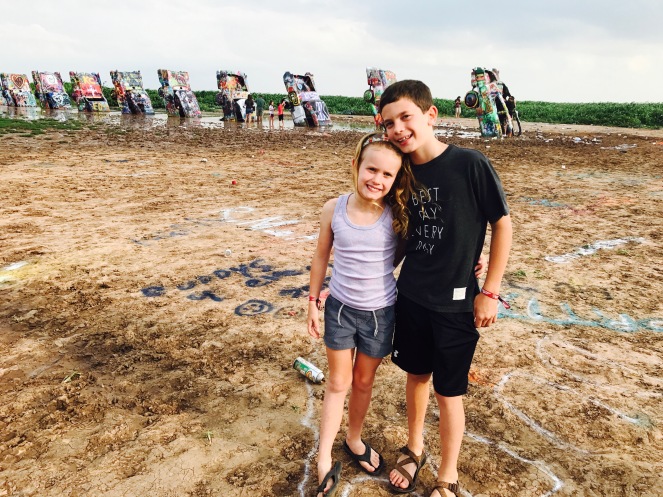 And here was our campground’s version!

Amarillo is also the home to Jim Sisemore’s RV Travel Center and Museum. Jim’s collection of RV’s, motorcycles and memorabilia is worth a detour, as the visit is free and it is wonderful to step back in time. Jim had several old Airstreams and it was a blast to go inside those that had been restored. 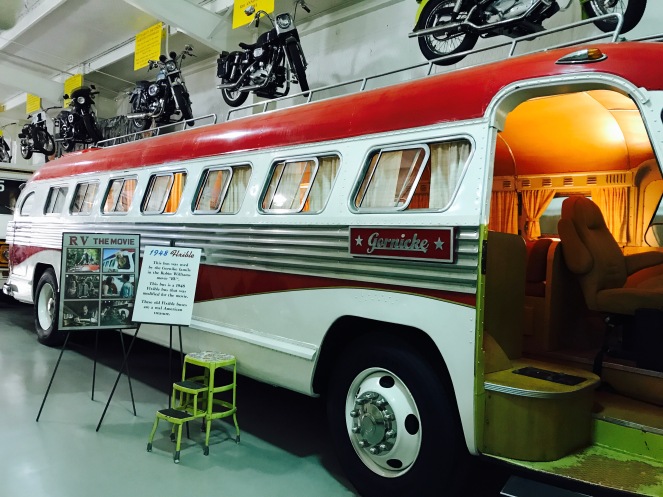 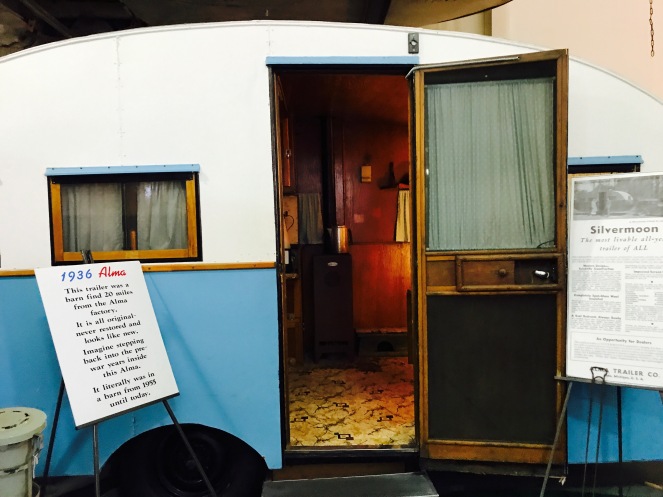 Elk City, OK had four different museums, featuring farm equipment, the history of Route 66, blacksmith and soda shops. It was a great stop to buy some candy at the soda shop, learn some history, and stretch our legs. 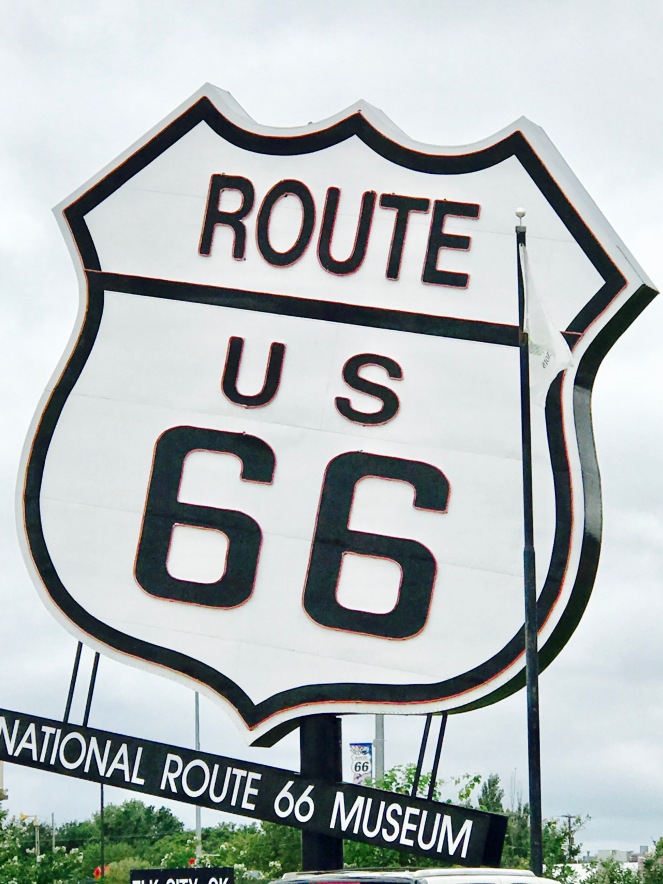 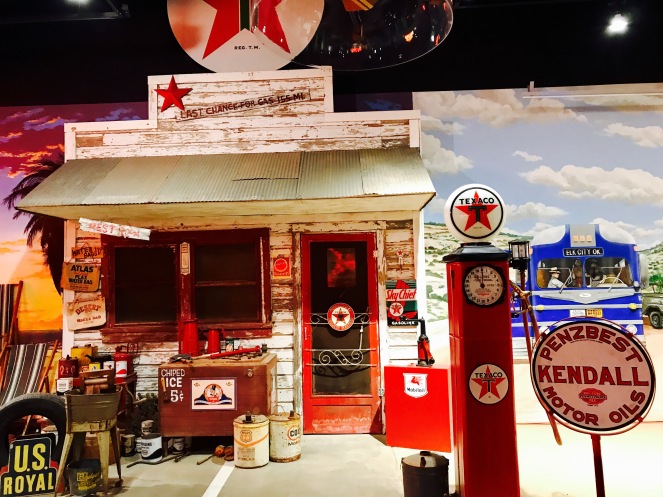 We certainly got our KIX on Route 66 and learned a lot about the history of this time period. We are staying in OK for the night and hoping to catch up on some rest, before heading through Little Rock to Memphis. We were treated to severe thunderstorms in Amarillo, which made sleeping tough!