Traveling to Cody, we stopped for lunch in Buffalo, where we grabbed sandwiches on homemade dill bread that were so yummy!  It is also home of the Occidental Hotel, which was founded in 1880, and hosted visitors such as Buffalo Bill, Teddy Roosevelt and Calamity Jane. 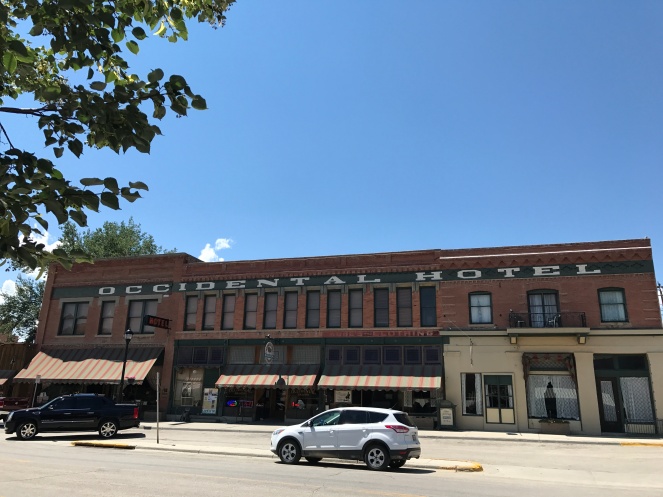 Buffalo Bill’s vision was to capitalize on the tourism from folks traveling to Yellowstone National Park, the first in the country. He created Cody, and convinced congress to approve an east entrance to the park that went straight through town. Cody was a town of entertainment, with Buffalo Bill’s Wild West show, saloons and brothels galore. 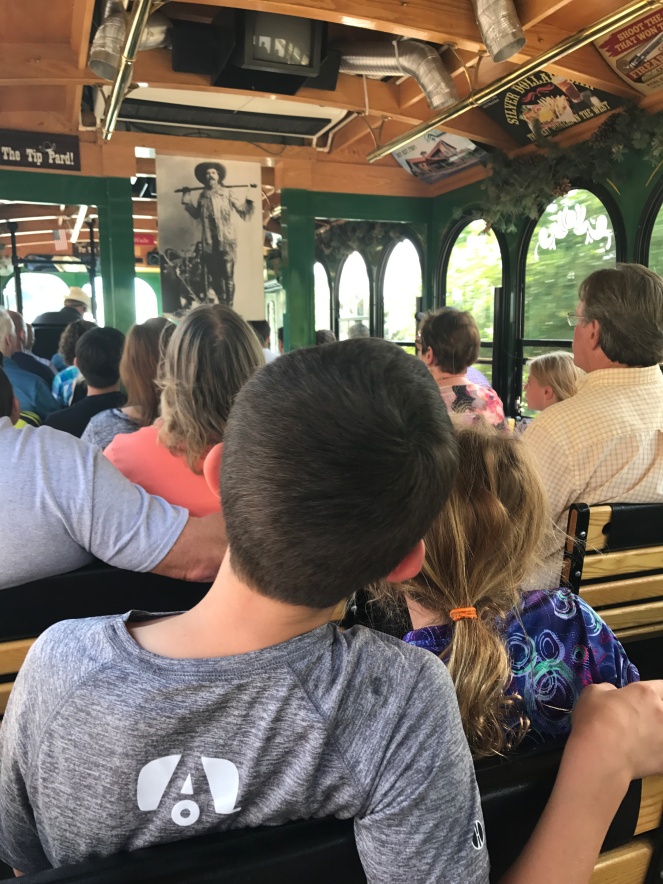 We toured Cody on a trolley, where we learned about individuals such as Annie Oakley. She was a sharp shooter from Ohio, who wanted to join the army in WWI, but wasn’t allowed to, so she did it her way.  Annie melted down her medals, took the proceeds and traveled to train the troops in target shooting. Adda girl!

And we learned about the controversy that surrounds Buffalo Bill Cody, who got his start by killing 2,000 buffalo to help feed the railroad workers. He then went on to develop the vision for Cody and packaged the wild west experience. He was a marketer before there was marketing. There is great debate as to where his body is buried. Locals feel it is in Cody, as he wanted, while other historians believe it is on Lookout Mountain, outside Denver, CO, which is where he died.

There are nightly rodeos, with a classic car driving around the town, blasting advertisements!

We had ice cream floats at the the old fashioned soda shop, and Piper bought a cowgirl hat with money from her Grandparents! And Steven and I posed for a memorable picture. 😬

We stayed off Southfork RD, one of the most beautiful drives in WY. The mountains change with the light and when it rains, it snows on the peaks. 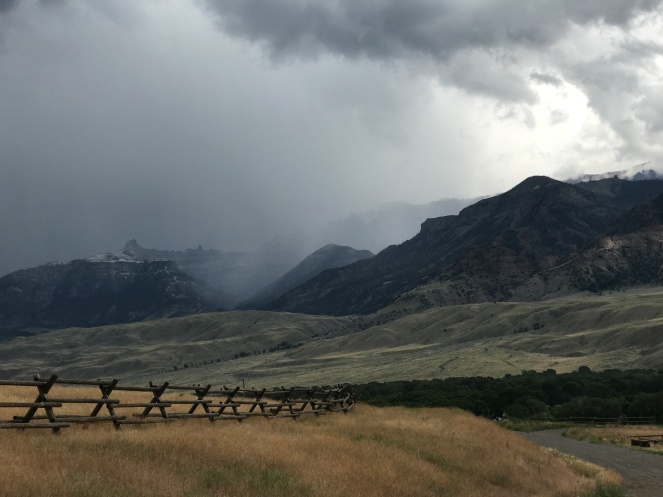 We rented a cabin for a couple of nights, not knowing when we secured it last Dec., if we would be able to wash clothes. In hindsight, we would have been fine, but were able to take in the beautiful scenery, go biking, visit the horses, see wildlife, and wash our bedding. Can you think of a more beautiful place for Red Light, Green Light? 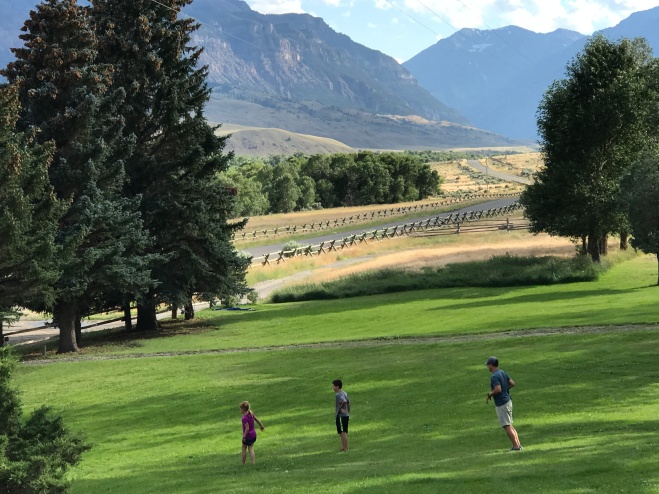 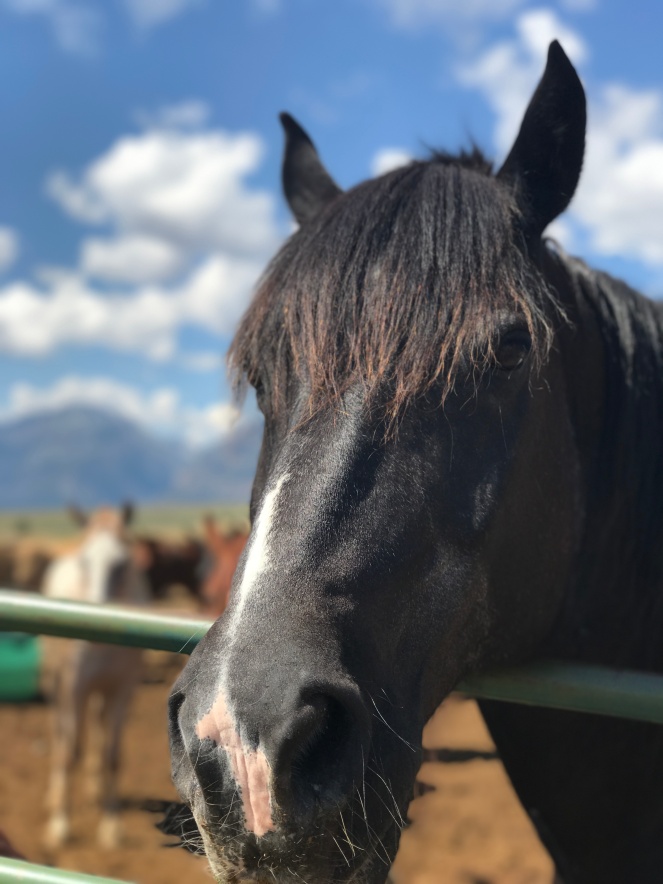 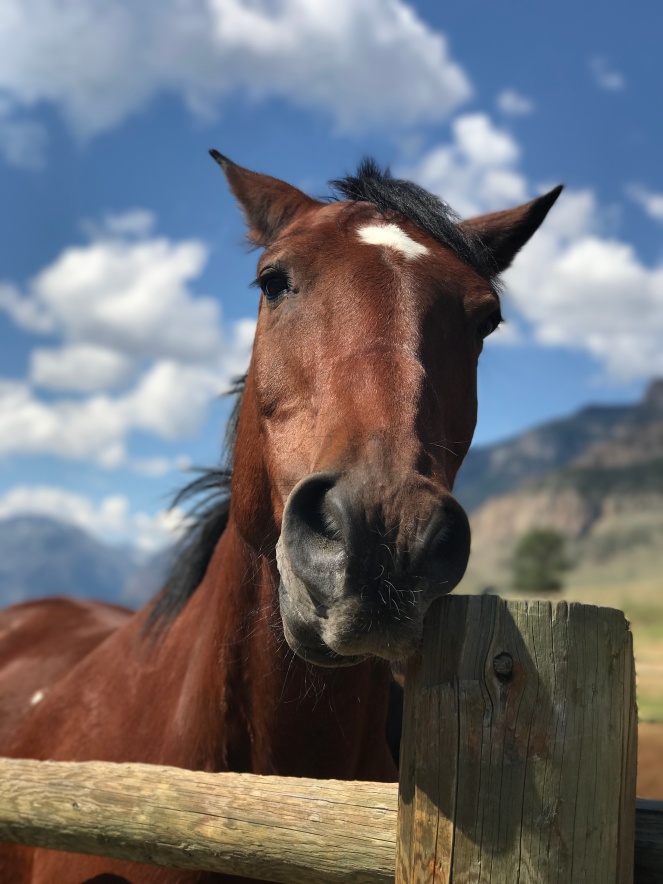 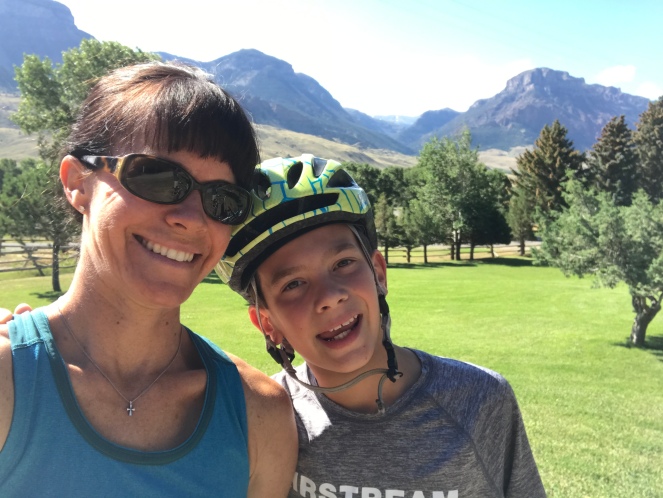 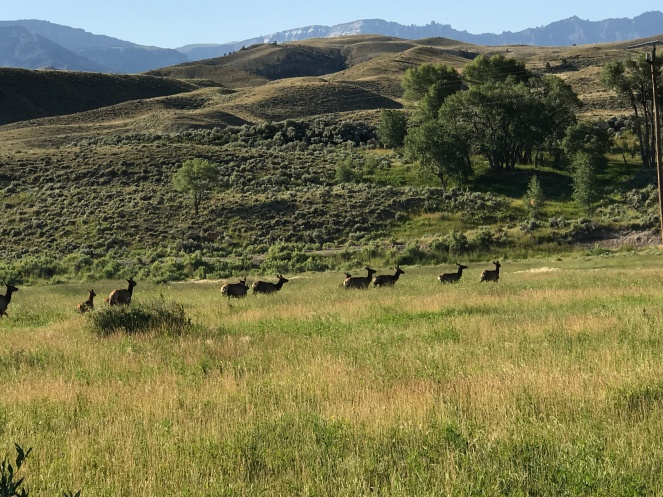 Wheels up to Yellowstone!